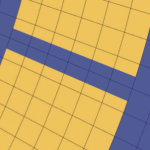 Inundation models represent coastal regions with a grid of computational points, often with varying resolution of flow pathways and barriers. Models based on coarse grid solutions of shallow water equations have been improved recently via the use of subgrid corrections, which account for information (ground surface elevations, roughness characteristics) at smaller scales. In this work, numerical approaches of an established storm surge model are extended to include subgrid corrections. In an attempt to maintain continuity with existing users and results, model extensions were limited to those needed to provide basic subgrid capabilities, and included two major additions. First, a finite volume method is used to incorporate corrections to the mass and momentum equations using high-resolution ground surface elevations. Second, the no-slip condition imposed on the B-grid wet/dry interface in the model is modified to a slip condition to enable flows in channels with widths comparable to cell size. Numerical results demonstrate these numerical extensions can significantly enhance the accuracy of the model’s predictions of coastal flooding, with low additional computational cost.

END_OF_DOCUMENT_TOKEN_TO_BE_REPLACED

Our NSF project to implement subgrid corrections in ADCIRC was featured in the Spring 2022 newsletter for our department. This is great recognition for Johnathan’s PhD research. 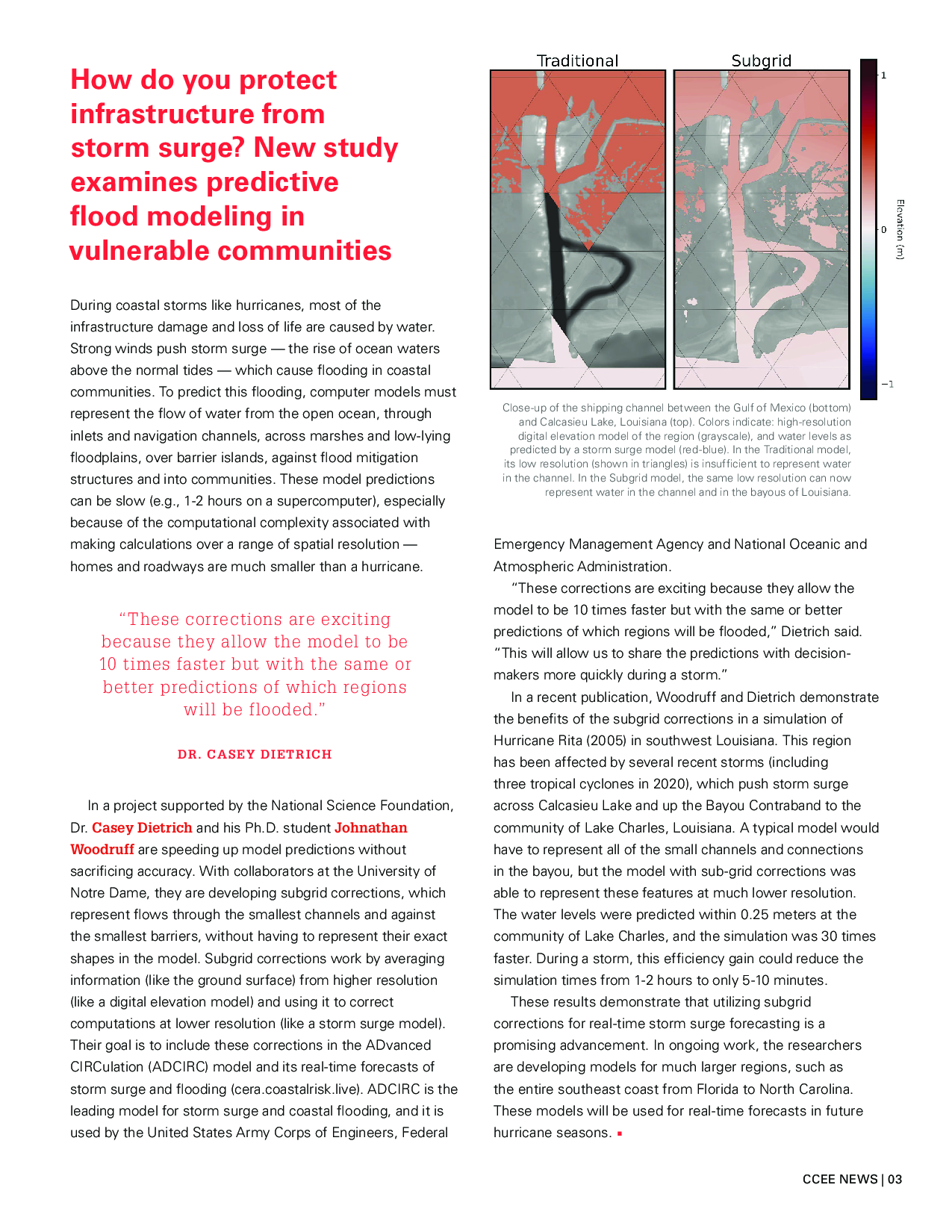 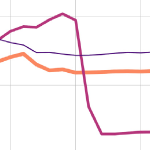