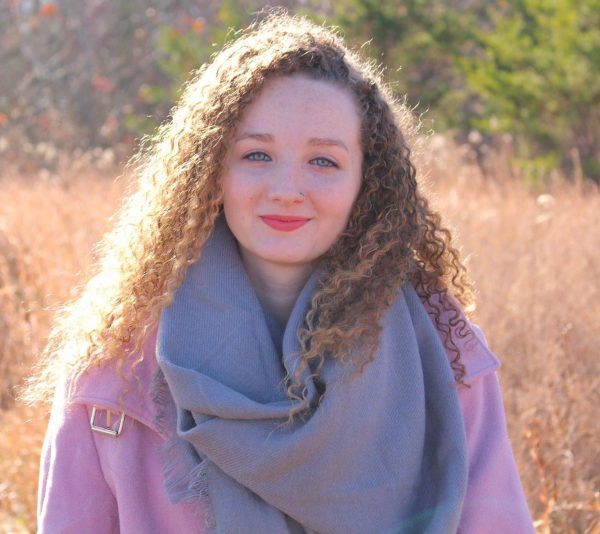 I am a first year graduate student in the CCHT at North Carolina State University. I am originally from West Virginia, which is a completely landlocked state. It was actually through traveling and vacations that my love of the coast developed. After I received my bachelor’s degree in civil engineering from Marshall University (Huntington, WV), I began looking into master’s programs. During this search, I discovered coastal engineering. After learning about what coastal engineering was about and speaking with some coastal engineers, I discovered it was a perfect way to implement my love of coasts into my career.

Currently, I am involved in a research project: “Improving Predictions of Estuarine Flooding and Circulation during Storms.” This project addresses the issue of storm-driven circulation and flooding in estuaries for the North Carolina coast. It includes the enhancement of the exiting modeling and extend it to consider the density-driven circulation and salinity transport. I look forward to continuing to expand my knowledge and to learn to use new modeling software.

END_OF_DOCUMENT_TOKEN_TO_BE_REPLACED

I am a second year graduate student in the CCHT at North Carolina State University. I am originally from Michigan where we have a different kind of coastline, but a very large one none the less. Living near the Great Lakes, my love for the natural environment was always present. I studied environmental science and mathematics at the University of Michigan for my undergraduate degree and then ecology for my masters. After graduating, I worked with various organizations on things related to environmental education, communication and outreach, and fresh water studies, and in a more pivotal position working on a coastal watershed restoration project on a small island in the Pacific Ocean. It was here where I fell in love with that other coast, the salty one. Afterward, I worked in landscape limnology (freshwater) research at Michigan State University with some truly amazing people who helped me develop an interest in the research process. From there I decided I needed a new challenge and needed to develop my own research interests, so I decided to apply to go back to school.

I am working on the the NSF project “Subgrid-Scale Corrections to Increase the Accuracy and Efficiency of Storm Surge Models,” which has the goal of incorporating the more nuanced structure of coastal landscapes available in higher resolution storm surge models into broader scaled models thus reducing computation times while also maintaining model accuracy. Since I am just starting my research interests have not been fully formed and are still rather broad. However, I hope to use my numerical modeling and quantitative skills to assist coastal communities as they prepare for the unforeseen changes they will experience. This includes learning more about coastal processes and coastal modeling to understand how storm events and subsequent storm surge will impact and alter the coastal landscape.

In addition to my work at NC State, I am also passionate about my personal health and fitness so I spend most of my free time either at the gym or cooking in the kitchen. I also love to read and spend time in the outdoors. I hope to experience all that North Carolina has to offer from the mountains to the sea.

END_OF_DOCUMENT_TOKEN_TO_BE_REPLACED

Ahoy! I am a second-year Ph.D. student in the Coastal and Computational Hydraulics Team (CCHT) at NC State. Having been born and raised in Florida, I developed a love for the coastline and a passion for understanding and protecting it. During my undergraduate studies at the University of Florida, I took a few classes in coastal/water resources engineering and decided to pursue it further with a master’s degree at Georgia Tech. There I specialized in coastal and water resources engineering and found my passion.

At Georgia Tech, I took a particular interest in Coastal Hazards work which led me to the CCHT here at NC State. I am currently working on the NSF project “Subgrid-Scale Corrections to Increase the Accuracy and Efficiency of Storm Surge Models,” which aims to reduce computation times of storm surge forecasting while retaining the same level of accuracy used in high resolution models. So far, I have successfully incorporated subgrid corrections into a 1D version of ADCIRC. Work on 2D ADCIRC is currently underway. I hope to incorporate rapid deployment field observations into my Ph.D. to help validate the results of our models. In addition, I would like to investigate the interaction between storm surge and rainfall events and its effects on both coastal and inland structures.

END_OF_DOCUMENT_TOKEN_TO_BE_REPLACED

I am a Ph.D. Candidate in Coastal Engineering at NC State University. My research interests mainly include coastal hydrodynamics, numerical modeling, and sediment transport. During my masters at the University of Tehran, I worked on morphological modeling methods to speed up the simulation time of coastal erosion and sedimentation near a breakwater.

Currently, I’m involved in the NC Sea Grant project “Interactions between Waves, Flooding and Beach Morphology during Storm Events.” As part of my research, I am modeling the breaching of the Outer Banks during storm events. The goal is to extend the domain and provide guidance for the entire Hatteras Island. For this purpose, we are using XBeach as a morphological modeling tool and ADCIRC+SWAN to model the tides and water circulations during the hurricane. Eventually, we will develop a two-way coupled ADCIRC+SWAN and XBeach models so that the wave and tidal boundary condition for the XBeach domain will be provided by ADCIRC computation and after the morphology run, new topography and bathymetry data will be sent back to ADCIRC to continue the simulation.

END_OF_DOCUMENT_TOKEN_TO_BE_REPLACED

I am a fifth year Ph.D. student in Coastal Engineering at NC State University. My research interests include Numerical Modelling of Water Systems, Ocean and Coastal Engineering, Offshore Structures and Dynamic Response of Structures. During my masters at National Institute of Technology, Calicut, my thesis dealt with finding the Response of Semi-Submersibles under Multi-Directional seas. The semi-submersible was modeled as a rigid body with six degrees of freedom and the multi-component mooring lines as nonlinear springs at its fair-lead point. Modified Morison equation was then used to find the wave forces and the dynamic equilibrium equation was solved in time-domain using an iterative procedure by Newmark-Beta method.

During my initial years of research at NC State, I was involved in the NC Sea Grant project “Strengthening the Hurricane Wave and Surge Forecast Guidance provided to Coastal Communities in North Carolina.” The aim of this project was to improve the accuracy of storm surge prediction for the North Carolina region. This was done by refining the mesh used for running the coupled ADCIRC+SWAN model at selected regions based on the errors in mass conservation. I was also a part of the DHS project “Improving the Efficiency of Wave and Surge Models via Adaptive Mesh Resolution, that dealt with hindcasts of winds and surge during Hurricane Matthew (2016). Here, we looked at the influence of storm timing and forward speed on flooding during a hurricane. The contribution of non-linear interaction between tides and surge to the total water levels were also quantified.

My current research deals with implementing a multi-resolution approach to reduce the computational workload of storm surge models, and is also being funded as part of the above DHS project. Rather than using a single high-resolution mesh throughout the simulation, different meshes of varying resolution will be used depending on where the storm is at that point in time. A coarse-resolution mesh without extensive coastal detail can be used when the storm is far away. As the storm approaches the region of interest, the results can be mapped on to a high-resolution mesh. The simulation will then continue on the fine mesh, thus providing high-accurate results for that coastline. This technique will thus enable storm surge forecasting with both ensemble calculation and high-resolution capabilities.

Aside from research, I enjoy being physically active whether it be playing soccer or going for hikes and runs. I also love watching sports, hanging out with my friends, playing counter-strike, pencil sketching, and visiting new places.