“They are using both the CERA site and the shapefiles we are generating,” Dietrich said. “The shapefiles are being combined manually with other datasets to determine the potential flood damages, in terms of both number and cost of buildings and infrastructure.”

“Their comparisons after Hermine showed matches within a foot to the peak water levels,” Dietrich said. “They described ADCIRC as their eyes on the coast.” 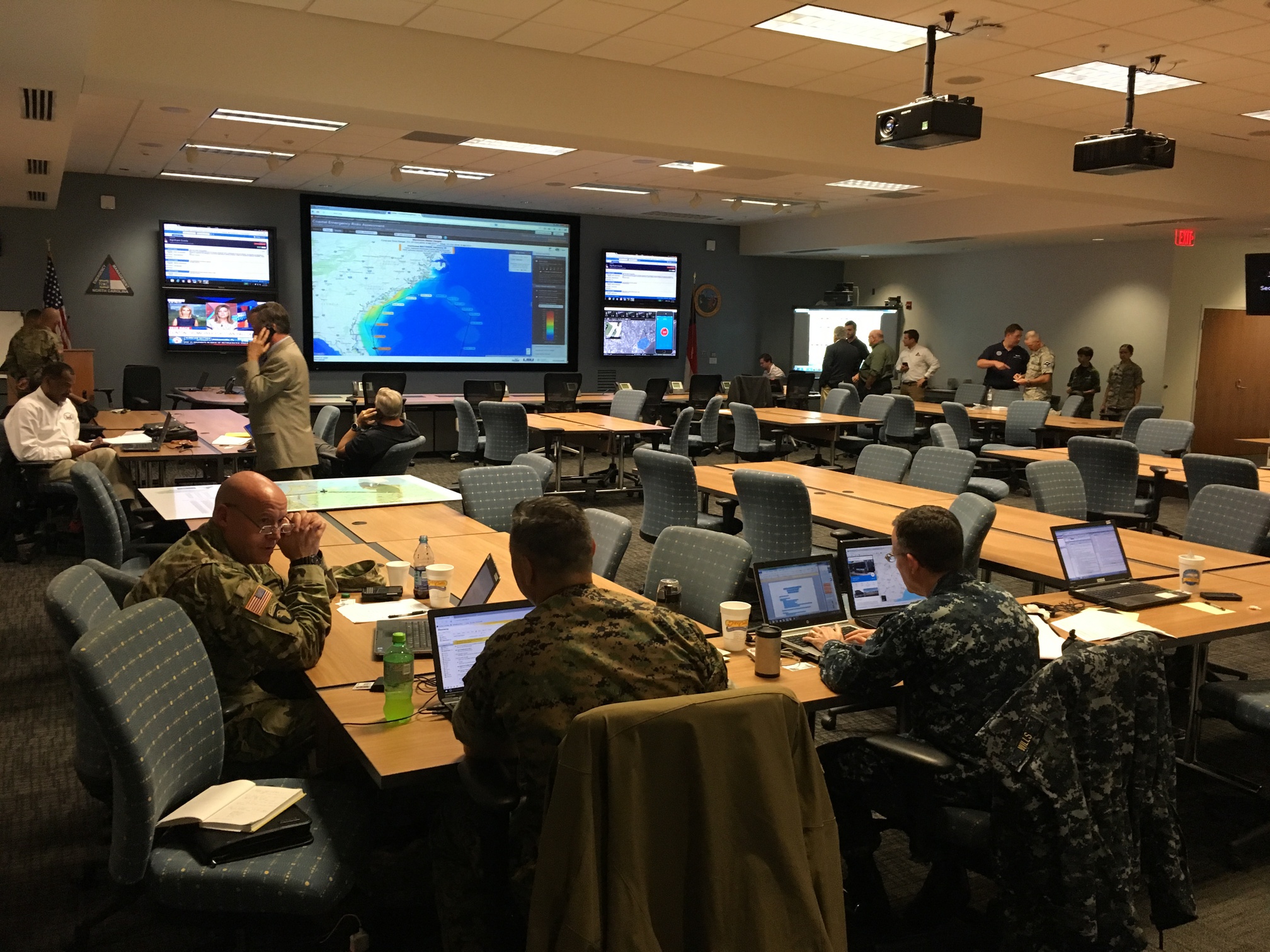 The CERA website is used during Hurricane Matthew preparations at the NCEM Emergency Operations Center.

As Hurricane Matthew approaches Florida and prepares to move up the U.S. east coast, researchers in North Carolina are running models to forecast the storm surge and coastal flooding. Dr. Casey Dietrich is working with collaborators at the University of North Carolina, the Renaissance Computing Institute, and Seahorse Coastal Consulting to generate and share guidance during the storm. The models are run every 6 hours, and they provide high-resolution forecasts of possible flooding throughout the NC coast. The forecasts can be found at: http://nc-cera.renci.org/. Dietrich is providing forecast guidance to NC Emergency Management, for use in decisions about evacuation and resource deployment. This real-time forecasting is part of a research project to downscale the model results and provide them in formats tailored to the needs of emergency managers. 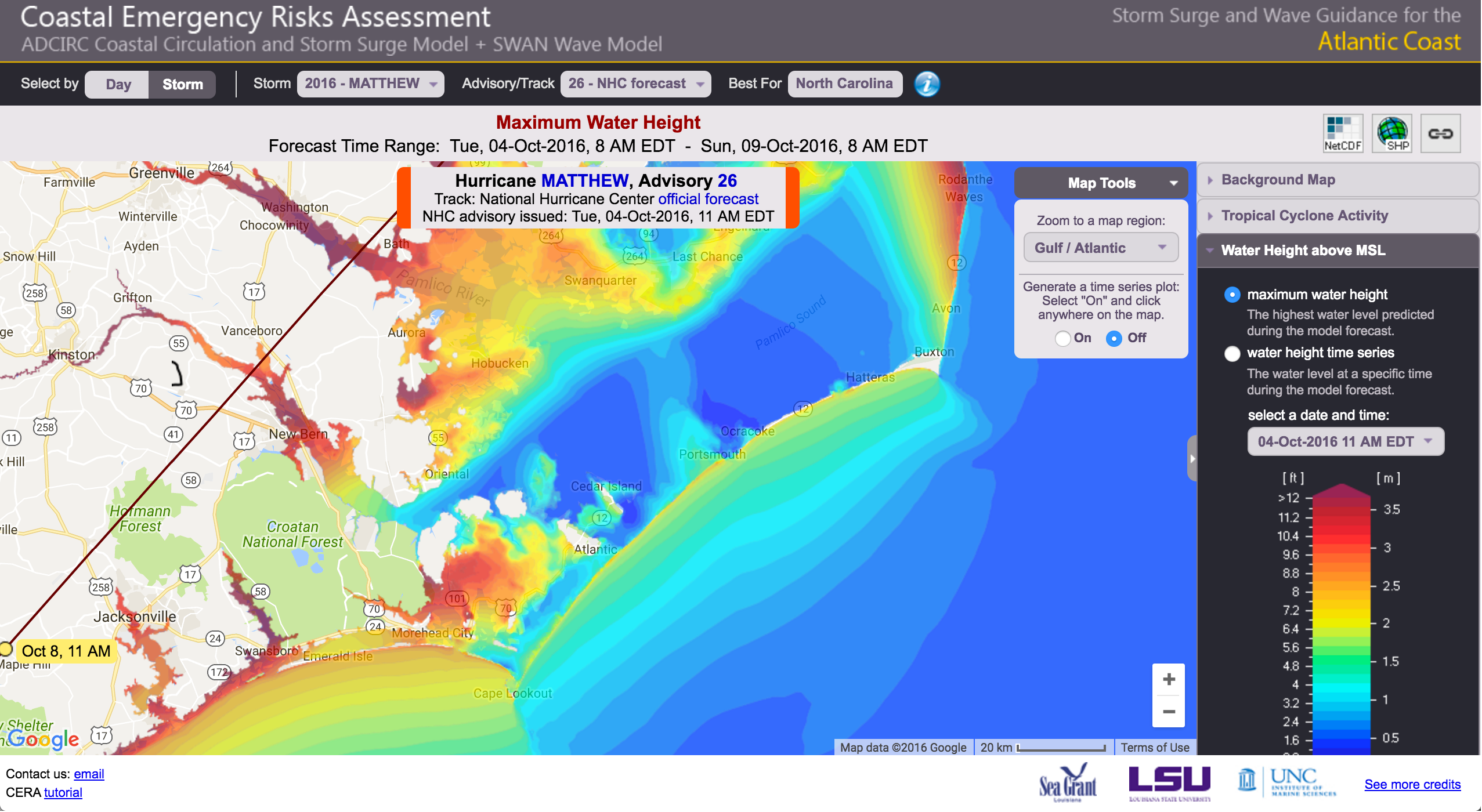 Forecast of coastal flooding due to Hurricane Matthew (2016).